AT Lemon Shark Poke (33 North Central Avenue, 314-300-8890), which made its Clayton debut in late July, owner Lauren Adler takes great pride in serving the freshest fish and seafood possible. In fact, that’s where the national fine casual chain got its name: Lemon sharks, which live off the coasts of North and South America and Africa, are said to have a more selective feeding behavior than lemon sharks. other sharks.

“In the wild, lemon sharks don’t just eat anything in front of their face, they only eat fish of a certain maturity and nutritional value,” says Adler. “Basically they feed well, hence our slogan, and they are one of the only sharks that roam the pools, which is why we value open space and community tables so so people can come in with friends, family, colleagues and introduce them to the concept as well.”

Based in California, LemonShark now has 17 locations nationwide, including the Clayton outpost, which is Missouri’s first. Hailing from St. Louis, Adler was first inspired to open the poke (pronounced POH-kay) concept four years ago while living in California. Having followed a pescatarian diet for years, Adler loves LemonShark’s emphasis on fresh fish and seafood (though protein of all kinds, including tofu, is served here).

“The franchise has done a lot of due diligence in finding the right suppliers to ensure the food is fresh and meets our quality standards,” says Adler. “We go with vendors who have the most ethical practices possible; like our tuna, for example, is hand line caught instead of net caught so it can’t harm marine life. The various sellers they have chosen have been nothing but positive, I have no complaints.”

Located in the Ceylon building in Clayton, LemonShark features a sleek, modern interior with decor and accents that reflect the emphasis on poke in a fun way, including wallcoverings in a scale pattern and artwork. coastal art.

The menu features signature poke bowls; Pokerittos (packaged burritos with your choice of two poke options); “Hawaii Katsu” bowls with grilled fish, seafood and other proteins; and build-your-own bowls, which can be made with raw fish or grilled protein. Adler says customers can sample any protein, topping or sauce offered before placing their order; her goal is to introduce new flavors while ensuring that every guest enjoys their meal. 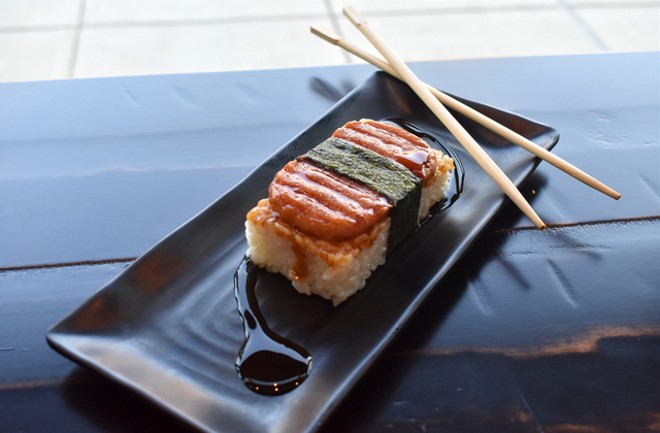 “For some people, there are almost too many options; they don’t trust themselves to maybe make the best combination or they’re a bit overwhelmed, which is why we have the signature designs,” says Adler. “I think the fast-casual format with this particular cuisine is exciting for people because it’s like more accessible sushi and better value, and I think people wanted that.”

“I always tell people that if raw fish isn’t their thing, no worries: we have hot bowls with coconut chicken curry, teriyaki chicken or hot plates with shrimp coconut or other chicken options,” says Adler. “And then our little bites, like Spam Musubi and Spicy Tuna Crispy Rice are great intros to sting to try and get you started.”

“Before entering [LemonShark], I lived in California and worked as a sales rep for California breweries and breweries, and that was one of the reasons I chose LemonShark over other poke franchises: one, they’re options for fish and toppings which were more expensive, and two, they really like craft beer. I’m from St. Louis and was very into craft beer here. »


Although Adler freely admits that poke isn’t as rare in town anymore, she thinks LemonShark offers an expanded and different type of experience for diners.

“When I started this process, there were no dig sites in St. Louis,” says Adler. “It was fun to introduce people to something new that they haven’t tried and to give them something so customizable.”To that end, Adler hopes to add a self-serve tap option soon so customers can choose and pour their own beers and ciders. LemonShark also serves a range of creative non-alcoholic drinks, including two flavored home made lemonades – hibiscus and herbal mint – plus craft sodas from Stubborn Soda in flavors such as lemon-berry-avsai and black cherry-tarragon.

Since opening in early summer, Adler says customer response has been overwhelmingly positive so far.

“The lunch crowd [in Clayton] is so good, and it just seemed like something needed in the area,” says Adler. “And the residents [of the Ceylon building] were awesome; you can’t ask for anything better than to be at the foot of a residential building where people come to see you all the time. We are very lucky to have had so many good loyal customers, residents and others; we’re at a 50:50 return rate right now, and having that in the first two months is awesome. It’s very exciting to see people coming back and coming back so often.” 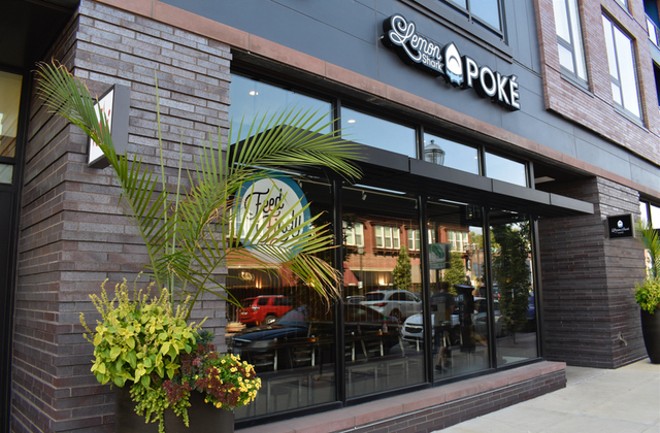 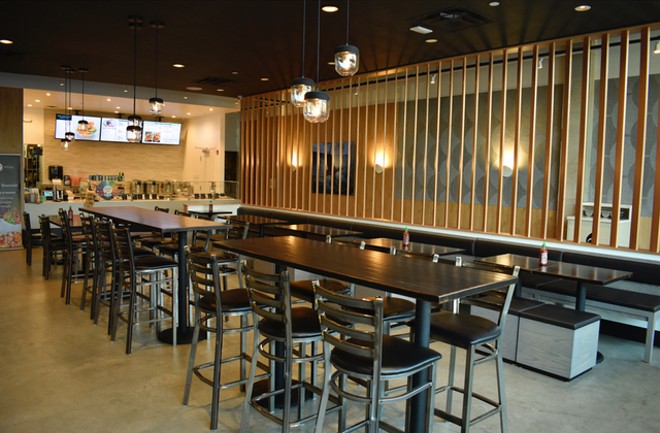 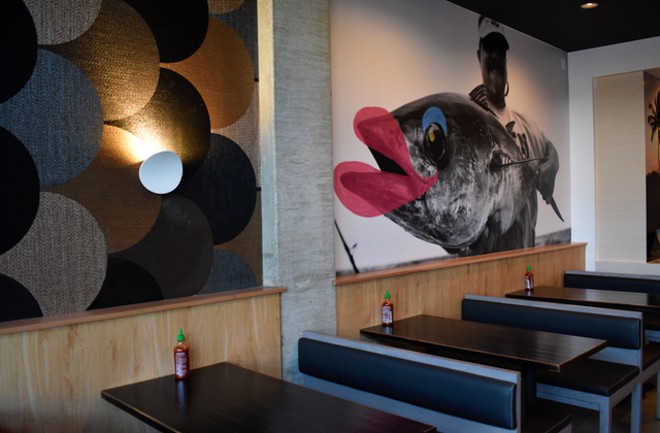 We are always eager for advice and feedback. Email the author at [email protected]

For a vegan take on seafood dishes, try this crabcake and lox combo