Curran’s Superior Meats has been home to its Kansas City style steaks since 1980.

Adding seasoned marinades to meat and seafood dishes has been a staple of Western cooking for hundreds of years. Here in Rockaway, history was made nearly half a century ago when Tom Murphy and John Curran concocted their own memorable sauce to accompany the beef steaks they then sold to butcher shop customers. of Curran, then located on Beach 129th Street.

“We experimented with all kinds of ingredients to come up with something different for the community,” Murphy said. It turned out that a little soy sauce, ginger, some chopped onions, and several secret ingredients was a recipe worth savoring. When the duo added their palate-pleasing flavor to a few butchered tenderloins, Curran’s now-famous Kansas City-style steak was born. 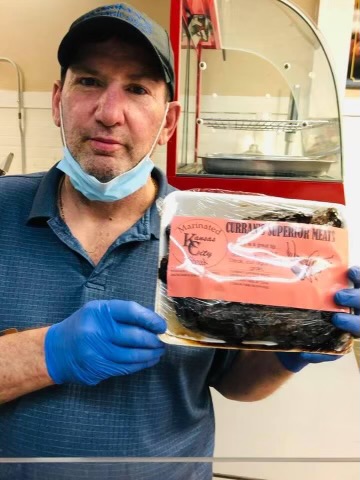 Believe it or not, we initially thought it would be a chicken marinade,” Murphy joked. But it was too powerful for poultry. So they switched to beef and named their creation with a nod to the famous Kansas City Steak Company, a family business that has been adding tangy marinades to their meats since 1932. The Midwestern company’s hearty strips have made this town a synonym for good steak. . “It’s our own take on the Kansas City style,” Murphy said.

“It’s funny because butcher’s beef tenderloin, more commonly known as hanger steak, used to be a cheap variety that only the butcher ate,” Murphy joked. “But he ate it because it was damn good.” More recently, it has become a popular addition to restaurant menus. The tenderloin cut comes from below the cow’s diaphragm and resembles a flank or skirt steak, low fat sections that allow a marinade to absorb well.

Today, Murphy, who took over Curran’s Superior Meats in 2006 and has since moved the store to Beach 116th Street, sells his lightly marinated steak to hordes of customers who regularly flock to his store. His inviting Instagram posts and word-of-mouth recommendations from his loyal customers have grown into a loyal following of Kansas City steak eaters. Former residents frequently return to the peninsula to get their fix of succulent meat. 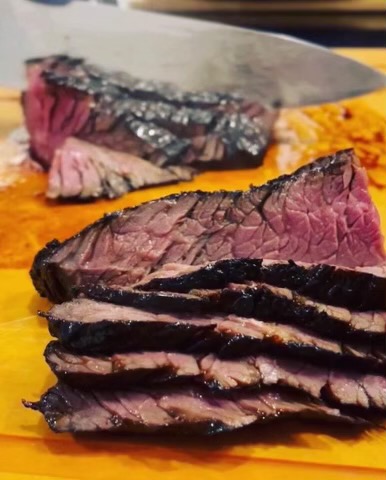 Kansas City steaks are famous for their tenderness and sweet taste.

Beef lovers describe the store’s signature steaks, which now account for about 30% of Murphy’s business, as tender, flavorful and a must-have at gatherings. “When I travel to Bermuda to visit family, I better not show up without a lot of Kansas City steaks,” said one repeat shopper. “Meat cuts like butter.”

They are good sellers all year round, but sales increase during the summer months and during the holiday season. “From Memorial Day to Labor Day, it’s home run time,” Murphy said. “We can have three workers on a summer day dedicated to fulfilling orders.”

It’s a great steak to make on the stovetop, but even better on the grill, noted Murphy. However, it is essential to keep an eye on the meat as it heats. “The marinade will cook quickly and burn, so you need to continuously turn the meat until it’s well-rare,” he says. “Once the steak is cooked, cut it against the grain and you can’t go wrong.” 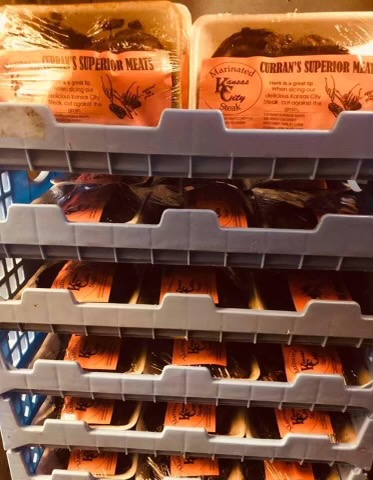 Corned steak now accounts for about 30% of Curran’s business.

The versatility of beef is part of its appeal. “You can throw it on the BBQ, make a traditional meal of meat and potatoes, or grill it, slice it and put it on a hero with a piece of mozzarella,” Murphy added. “Use your imagination.”

Jamesons Pub owner Erik McManus said he has added Kansas City steaks to his menu since opening his restaurant more than 20 years ago. “We sell it in a wrap, a steak sandwich, and even include it in a salad,” McManus said. “People are just blown away by the taste. This is a great unique recipe.